The Swan and the Golden Hare

The Swan and the Golden Hare

The Swan and the Golden Hare is a fable about a beautiful swan called Svanna, a pure-white cygnet who arrives in the world beset with extreme sensitivities; plus a fear that is deeply entrenched, and, if left to run its own course could likely become indelible, hampering her future life.

The Swan and the Golden Hare is a fable about a beautiful swan called Svanna, a pure-white cygnet who arrives in the world beset with extreme sensitivities; plus a fear that is deeply entrenched, and, if left to run its own course could likely become indelible, hampering her future life.

However, her Soul has another idea and sets about giving the infamous Lord of the Elves, Wayland the Smith, the task of carrying Svanna’s destiny. He becomes her Daemon, her ‘inner voice’, an intermediary between her Soul and her physical, worldly being.

After suffering a profound loss, and subsequently facing her fears, Svanna, through rescuing a succession of creatures in danger, is able to build resilience, and finally gain courage and freedom. Her challenging journey enables her to overcome her difficulties, but importantly, to not take away her gifts, her vulnerabilities, and her unique way of seeing the world.

The Swan and the Golden Hare weaves together a number of myths and legends, from the Swan Maiden to Wayland the Smith. and the shape shifter Will-o’-the-Wisp, also known as Jack-o’-Lantern. And, being set in East Anglia, it wouldn’t be complete without the appearance of the legendary ghostly black dog known as Black Shuck. 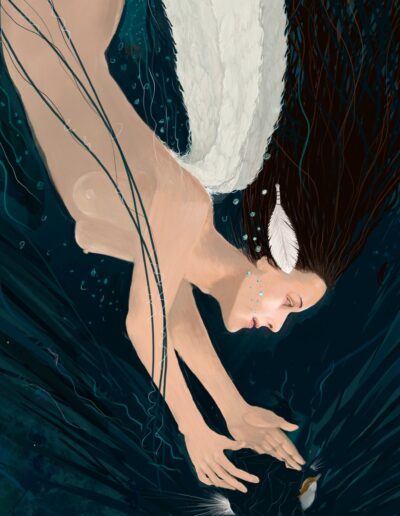 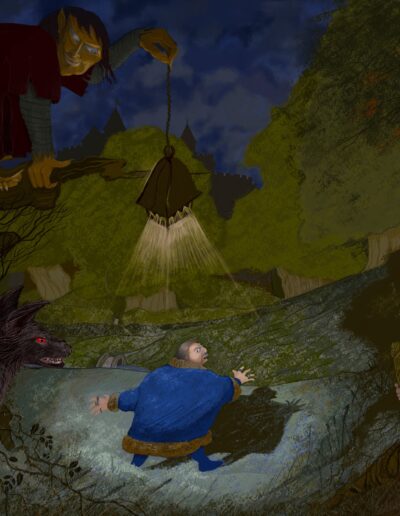 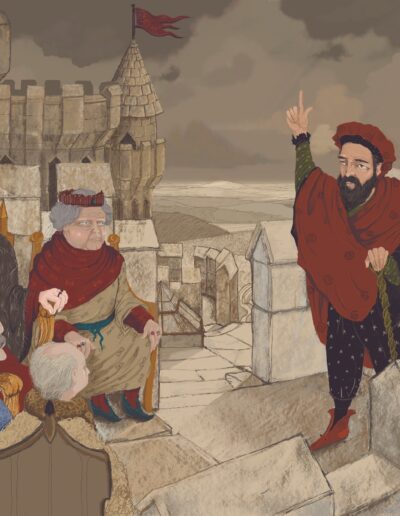 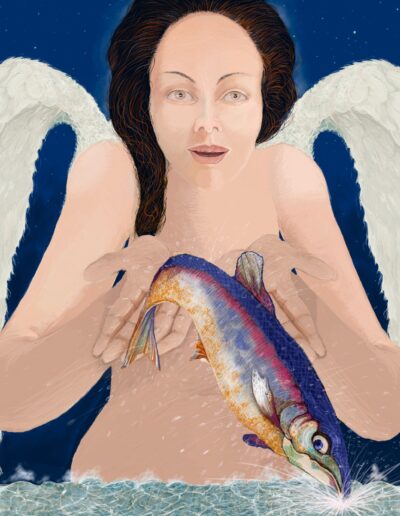 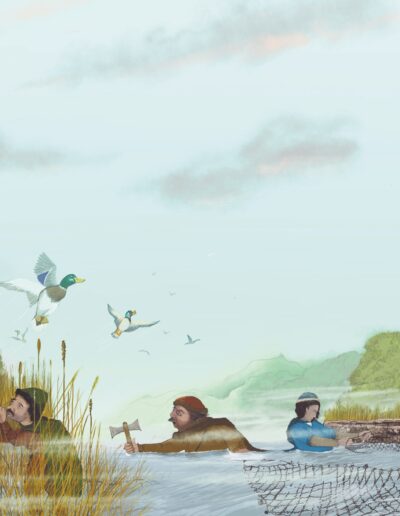 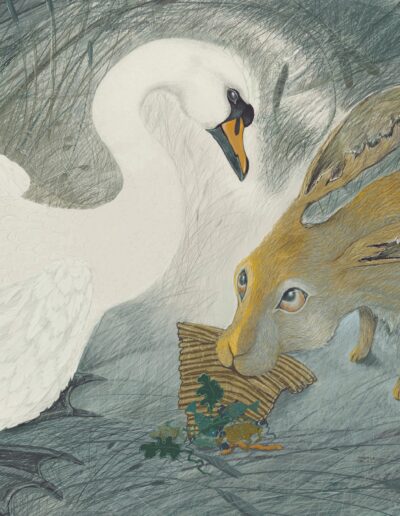 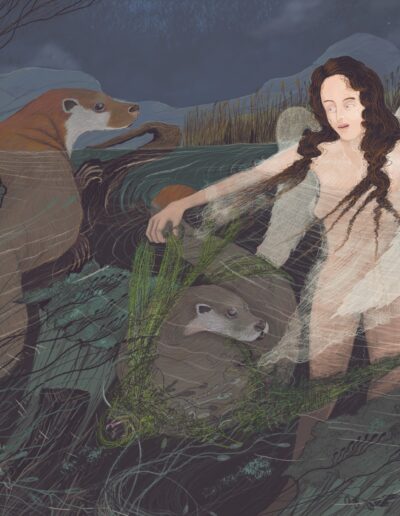 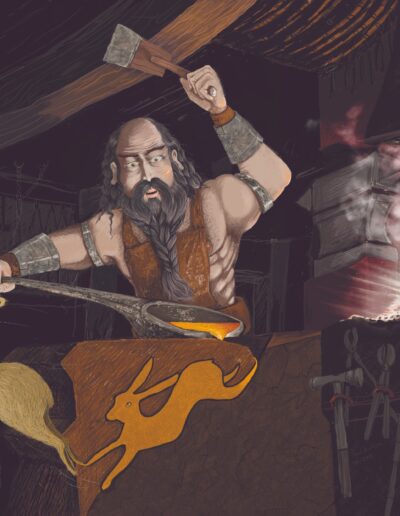 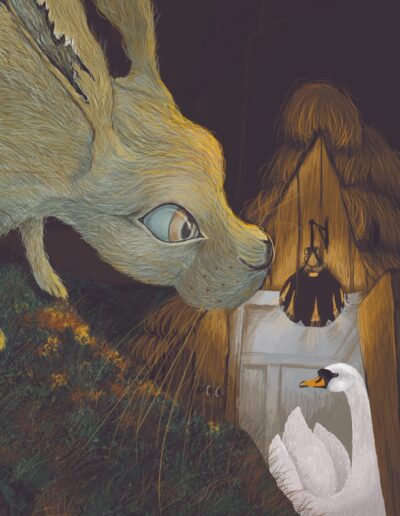 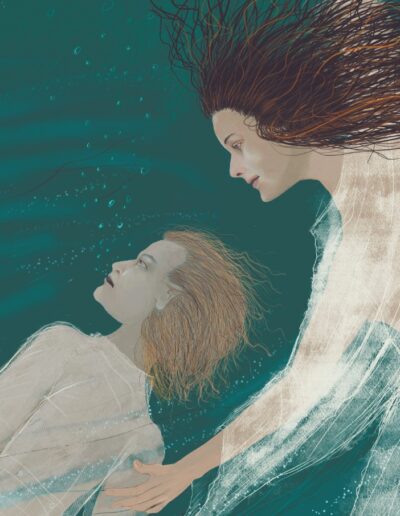 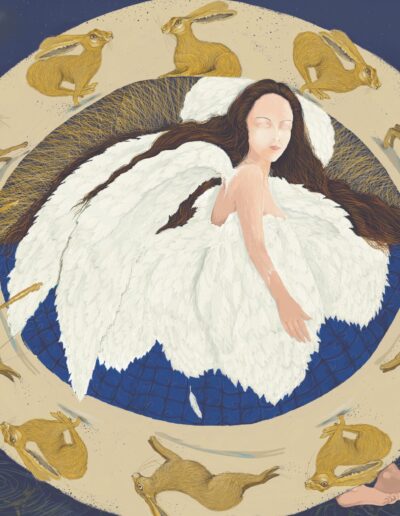 “Ms Andersen weaves a spell-binding fairytale of charming proportions as her Danish namesake before her.  A tale of a swan maiden and her lost love, set against the myths and legends of Medieval Suffolk. This is a treasure, a keepsake for everyone, both young and old, and is handsomely illustrated by original artwork of renown artist Paul Jackson.”
Dr. Ian Baillie

“This is a wonderful and moving story. There is much in this fable to inspire and encourage readers in their own travels. A most uplifting tale”. JN

“A book to expand the imagination of everyone! The author speaks to myth, shape-shifting, and a deep connection to the spirits, wildlife, the coastal marsh and ancient heathlands of Suffolk, with whom she has had a decades-long association.

Ms Andersen has at times a Pulman-like ability to create characters and bring them to life with their own stories of obstacles, tragedy, and successes, weaving them fluidly into the story of Svanna the Swan, our ungainly yet beautiful flawed heroine.

She also makes the local history accessible to both reader and listener, giving insights into what real 15th century society, living, and the surroundings of this beautiful area might have looked like.  One can’t but help think this was by intention.

This book will not only encourage readers to look around the rich wetlands, reed-beds and heathlands with bright curiosity, but also to motivate others to take responsibility to preserve this special place of stunning landscapes, wildlife, myth and legend.  Perhaps too, the book may inspire them to find their own freedoms, and a determination to make their own bold choices.”

This website uses cookies to improve your experience while you navigate through the website. Out of these cookies, the cookies that are categorized as necessary are stored on your browser as they are essential for the working of basic functionalities of the website. We also use third-party cookies that help us analyze and understand how you use this website. These cookies will be stored in your browser only with your consent. You also have the option to opt-out of these cookies. But opting out of some of these cookies may have an effect on your browsing experience.
Necessary Always Enabled
Necessary cookies are absolutely essential for the website to function properly. This category only includes cookies that ensures basic functionalities and security features of the website. These cookies do not store any personal information.
Non-necessary
Any cookies that may not be particularly necessary for the website to function and is used specifically to collect user personal data via analytics, ads, other embedded contents are termed as non-necessary cookies. It is mandatory to procure user consent prior to running these cookies on your website.
SAVE & ACCEPT